How Many People Have Bariatric Surgery?

In 2011, around 158,000 people had bariatric surgery, including sleeves, bands, revisions, and other bariatric surgeries. By 2017, on the other hand, approximately 228,000 people chose bariatric surgery to help them overcome the limitations and health challenges that go along with obesity--and, according to the American Society for Metabolic and Bariatric Surgery, that number rose steadily throughout those six years. With continuing concern about the obesity epidemic in America as well as new, safer methods and higher success rates for bariatric surgery patients, the number of patients choosing bariatric surgery will likely continue to rise.

Who Gets Bariatric Surgery?

To qualify for bariatric surgery, a patient must have a qualifying body mass index--that is, a BMI that puts them in the obese range. Patients with a BMI over 30 are generally considered overweight, while patients with a BMI over 40 are often considered morbidly obese. This calculation, however, does not include all body types and does not stand as the only indicator of whether a patient qualifies for bariatric surgery. In addition to obesity, many patients also have qualifying health conditions.

Patients suffering from sleep apnea. Just a ten-pound increase in weight can increase your odds of developing obstructive sleep apnea more than six times. Since weight loss in any form can prove very helpful for patients with sleep apnea, bariatric surgery can be highly successful in reducing many of the symptoms associated with sleep apnea.

Men Versus Women: Who is More Likely to Undergo Bariatric Surgery?

It's not just medical conditions that push people toward bariatric surgery, however. Gender may play an active role in determining whether you will opt for bariatric surgery or not--or even if you will consider it. While men and women have the same obesity rates across America, that doesn't necessarily make them equally likely to choose bariatric surgery as a viable option. Women undergo around 80% of bariatric surgeries, while men undergo only about 20%.

Women may also, in general, be more aware of the potential health impacts of obesity than men. This lack of education could prevent men from moving forward with a plan for bariatric surgery, even if they're experiencing many of the health complications often associated with obesity.

Does Geographic Location Make a Difference?

While geographic area shouldn't stop you from seeking a qualified bariatric surgeon, it can pose barriers: health insurance approval, finding a skilled surgeon, or the need to travel far away from home. Being in the right geographic area can also make a big difference in learning about bariatric surgery or seeing examples of its success in others around you. 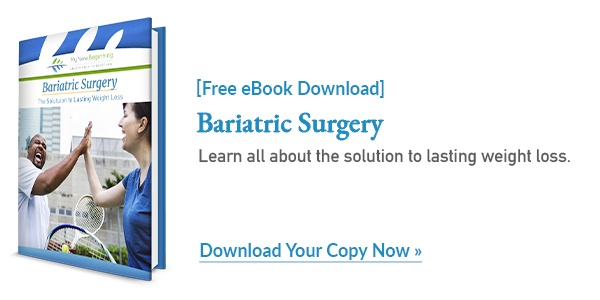 Sign up to receive amazing weight loss tips and stories.

Not sure if you qualify for bariatric surgery? Start by finding out your BMI.
Find out now >

The licensed photos are being used for illustrative purposes only. Unless stated otherwise, the persons depicted are models, not actual patients.